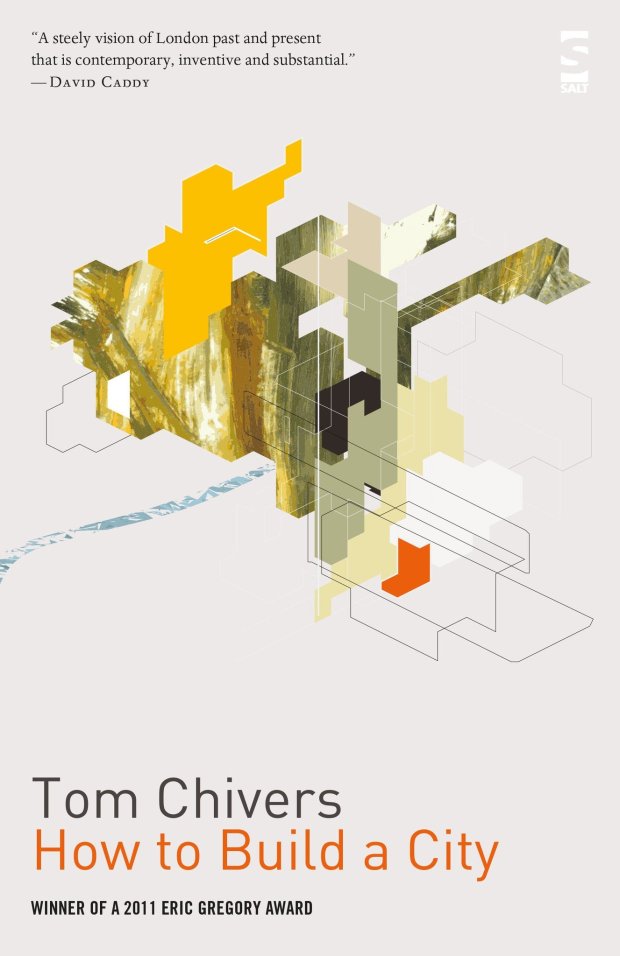 Buy the paperback from Salt

How To Build A City is the Crashaw Prize-winning debut collection of poetry by Tom Chivers. It is a poetic interrogation of the twenty-first century urban experience, drawing on the history, culture, society and topography of London. Chivers takes his cue from radical writers such as Iain Sinclair and Barry MacSweeney to create an impressionist poetry, marked by playful riddling, found texts and unusual juxtapositions. How To Build A City is peopled by ghosts of London’s past as well as the distinctly modern spectres of spam email, international terrorism and the credit crunch. The title piece is a choppy, sardonic investigation of contemporary East London, a travelogue that never really leaves Liverpool Street Station. Some of the poems are personal accounts of love and loss, including ‘Thom, C & I’, a long sequence of lyrical fragments cut from a diary written by the poet’s mother. Other poems take the reader away from the city to the fenlands of Medieval East Anglia, apple-heavy Himalayan gardens and the bleak uplands of Northern England. How To Build A City captures the mood of a fluctuating, unstable metropolis that is continually coming to terms with multiple and conflicting identities.

‘Tom Chivers’ debut collection excited with its loose and fiery language play. Beneath the linguistic fireworks lurks a steely vision of London past and present that is contemporary, inventive and substantial.’
David Caddy

‘With How To Build A City Tom Chivers has created a rich and challenging collection that reflects all that is beautiful and disturbing in the city. These poems speak civic rhythms; they mimic the sway and staccato motion of the city. Poems like ‘Seven Varieties of Knot’ and ‘The Trial of Margery’ also show how precise and technically adept Chivers is as a poet; with ‘T, C & I’ and ‘How To Build A City’ he shows an experimental and innovative flair with language and form. But this is also a personal work; a human text. Poems such as ‘Postmark Tullamore’ and ‘Photographs’ are deeply moving as well as unsettling. This is an ambitious and brave collection from a poet with a distinctive voice, one which will deepen our understanding of the city that lives in us.’
Anthony Joseph)

‘A brilliantly fresh response to London life at a time when the City is in an unprecedented state of flux. Chivers’ erratic flitting between forms reflects all the disjointedness of London’s myriad selves – think Tobias Hill’s Nocturne in Chrome and Sunset Yellow as reinterpreted by the Sex Pistols. [..] The poems in this collection are perfect little machines of their time, which will grow all the more beautiful when they begin to rust.’
Phil Brown, Stride